Sofia is one of the oldest settlements in Europe. The remains of a human settlement from the 6th millennium BC were found on its territory.

The city dates back to the 1st century as a Roman military post on the Via Diagonalis, the road that still connects Belgrade with Istanbul. It bears the name of the ancient Serdy tribe lived on these lands. Gradually, Serdika grew and became the center of the province. In the second century Emperor Trajan gave the city his father’s name and called it Ulpia Serdika. 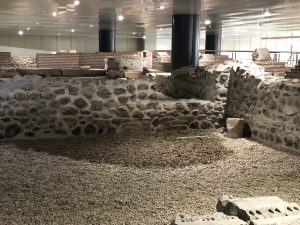 In 170, Serdika was plundered by barbarians. Ten years later, the Roman Emperors wished “good luck” to the city with high walls.

Serdika was fited into the Roman civilization model. Vitosha water was captured and led into water mains. They were mounted under the stone slabs of the streets. Unclean waters were taken out of town. The buildings were equipped with underfloor heating. There were public toilets in the streets. Already in the 2nd century the healing waters of the hot mineral springs have been absorbed. They were supplied with private and public bathrooms. 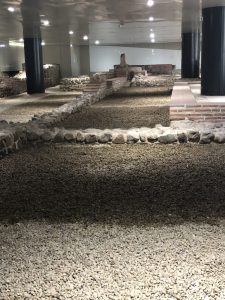 You could experience traveling through millennia, walking around today’s center of Sofia. Serdika hints for itself, but most of it is still hidden under modern streets, squares and buildings.