At the end of the 14th century Bulgaria fell under Ottoman rule. Sofia was conquered in 1385. The Ottoman conquest changed the appearance of the city. 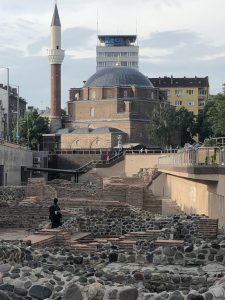 Banya Bashi Mosque was built in the middle of the XVI century. It is believed to have been the work of the famous Ottoman architect Mimar Sinan. Once the mosque was located next to a Turkish bath. In the middle of the 17th century Ottoman traveler Evlia Chelebi wrote that the mosque had the most beautiful minaret in Sofia. 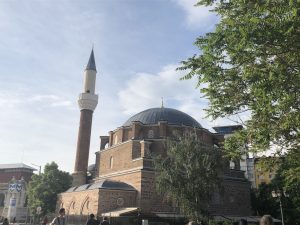 Today Banya Bashi is the only functioning mosque in Sofia. It accommodates up to 700 people and is narrow to the Muslims in the city. During the bayram and Friday prayers they pray on the sidewalk in front of the mosque.