The Rotunda of Saint George is the only extant building of the Roman Empire. Her dome was destroyed twice.

The rotunda was built at the beginning of the 4th century, probably as a mausoleum. Later, it was transformed into a baptistery – a place for mass congregations. In the 6th century it was rebuilt into a church. It’s supposed to have its name since then. In the 16th century it was turned into a mosque. A high minaret was raised. The church frescoes have been wiped out and covered with plant motifs. In 1915 the minaret was demolished. The as internal plaster has been cleaned, medieval painting was discovered. 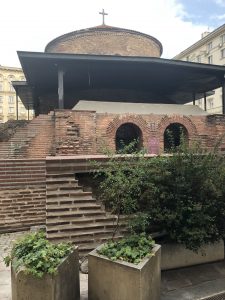 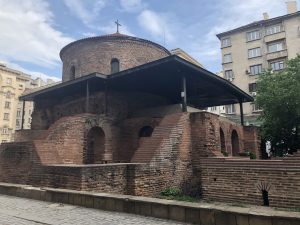 And without being a specialist, one would notice the remnants of six flying figures on the upper frieze, perhaps not realizing that these are angels, but certainly be impressed by the reserved face – up, high on the left. Face of an angel with a human image. A person with deep spirituality for which there are no boundaries in time. 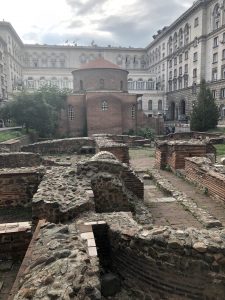 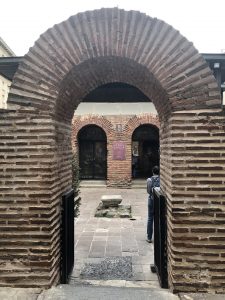