Once, in order to reach Sofia, you should travel by boat to the town of Lom on the banks of the Danube, then take a carriage for about 160 km to Sofia and enter the city through the bridge over the Vladayska River. The Lion’s Bridge left the first impression on foreigners. 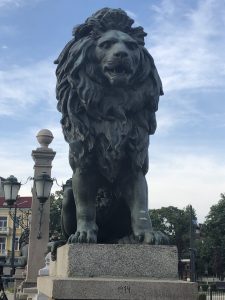 The Lion’s Bridge was erected in 1889 on a project by Chek Vaclav Proshek. The four bronze lions were produced in Vienna. They arrived in Sofia in 1891. Old Sofia people tell the story that the Viennese sculptor caught on a bet. If one could point to even one defect in the four lions, he was ready to pay with his life. The sculptor defined the lions as “the most perfect of the world”. His colleague noticed that lions do not have tongues and the sculptor committed suicide. 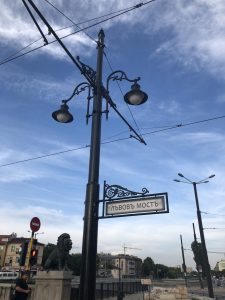 According to other story, the four lions are copies of the lions at the Vienna Court of Justice.

Others claim, that the four lions symbolize four gallows and the bridge was erected in memory of four Bulgarian bookstores hanged by the Turks in Sofia in 1877. 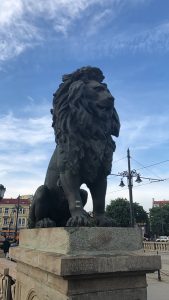