The National Theater opened in 1907 under the design of Viennese architects Ferdinand Fellner and Herman Helmer.

On February 10, 1923, during a performance in the theater, there was a fire. The fire was remembered by the Sofia citizens. Artists, citizens and students fought the fire to save the theater property. “Notes, save the note!” cried the conductor. “Save all!” – ordered Tsar Boris III, coming to the aid of the flames. 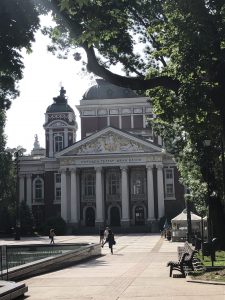 Only the central facade of the building and the two chariots on the domes remained.

The theater was rebuilt again in the second half of the 1920s by a project of the German architect Martin Dülfer. Dulfer’s project had unique solutions. The first balcony was placed on rollers and could be moved. Later the balcony was firmly attached. The two chariots on the facade were hung on springs.

In the 1970s the theater was repaired again. The Bulgarian architect Ivan Tomov draws him close to the original project and the special suspension of the chariots is reserved. 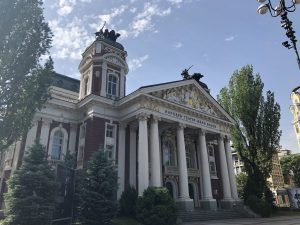 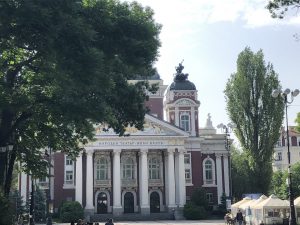