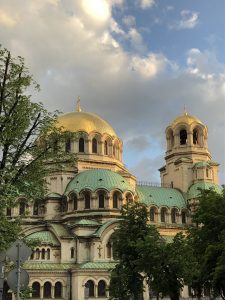 In the world museum practice, it is accepted to display icons among other exhibits. In this way, the crypt in Sofia is unique. Compared to museums around the world, it presents the largest number of icons. In its permanent exhibition there are about 300 icons dated between the 9th and the 19th century. The most valuable works of Bulgarian iconography are displayed in the crypt.

In the Orthodox world, the icon is a cult object. It is the connection between the believer and God. It is a patron and can do miracles. But even if taken from such a context, the icons in the crypt retain their messages. The sacral space beneath the temple assists their impact.